COVID-19: support for your business

An award-winning holiday park in Pembrokeshire stands to save
thousands as it takes control of its waste. 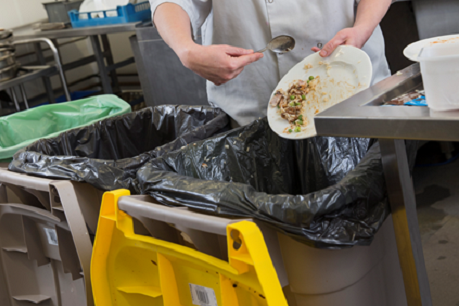 Bluestone National Park Resort has always had its finger on the environmental pulse –
it’s won several awards for its green credentials and is widely recognised for its innovative water park, which is heated by biomass from crops grown by local farmers.

Comprising nearly 300 luxury lodges, cottages and studio apartments, along with a water park, indoor Adventure Centre and a purpose-built village featuring restaurants, shops, a pub and spa, its operations are extensive and its logistics complex.

In a bid to streamline its processes, Bluestone approached WRAP for guidance on implementing an onsite waste disposal facility. As part of its investigation into the feasibility of doing so, WRAP conducted a thorough waste audit and review across the site, and found that the resort was generating waste amounting to significant disposal costs every year.

WRAP’s report revealed that there were only a limited number of options for onsite waste disposal, but it did recommend a technology that could be easily incorporated into the park’s existing biomass system. The bigger savings, however, could be achieved by other means.

The report recommended a number of measures to reduce waste, and subsequently disposal costs, including: increasing recycling provision around the site, providing green refresher training for staff, and more closely monitoring and segregating food waste. WRAP estimates these measures could result in savings of £14,300 from food outlet waste reduction alone.

Richard Harris, quality control and resource efficiency manager at Bluestone, says that WRAP’s report has proven extremely valuable in outlining the resort’s future business strategy. “Bluestone operates in a highly competitive market where costs are always being reviewed. However, the resort also prides itself on its environmental credentials, so it’s important these two aspects align well. With WRAP’s assistance, we’re now able to make even greater financial and environmental savings going forward.”