Wylfa Newydd is the name of the Horizon Nuclear Power project to develop a new nuclear power station adjacent to the former Magnox Wylfa Power Station on Anglesey.

Their projects on Anglesey will create up to 1,000 permanent jobs with a construction workforce of around 4,000 workers for the majority of the time, potentially reaching 8,500 workers during peak periods during the main construction phase in the early 2020s. This investment aims to boost the country’s low carbon power supplies and help develop local skills and new prospects for Welsh suppliers. 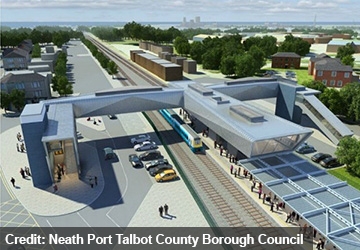 Around half a  million passengers use the station every year and the development will include a 200 space car park with a park and ride for commuters, along with improved facilities for cyclists.

This will be complemented by the new Transport Hub which forms part of the V&VP programme, and will link the railway station to bus and taxi services. Port Talbot Parkway Station will link the town centre to Harbourside, and will provide a variety of commercial and leisure activities as well as waterfront homes. 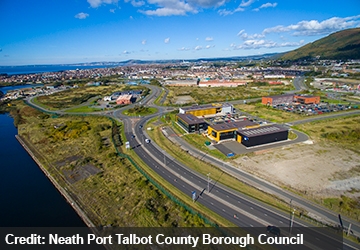 Harbour Way is the largest transport project supported by European Regional Development Fund Convergence programme in Wales and is a major boost for regeneration in the area. It provides a 4.8km link to the M4 at junction 38 into Port Talbot and Harbourside.

This strategic road provides an attractive gateway to Port Talbot and has opened up development opportunities along the Waterfront area, in particular at Harbourside and Port Talbot Town Centre. It will benefit local communities, visitors and businesses alike and will support the Council’s aspirations of attracting new investment and employment opportunities, and dove-tails perfectly with the £30m Vibrant & Viable Places Programme benefiting the Town Centre.

The Snowdonia Aerospace Centre, part of Snowdonia Enterprise Zone, is one of six shortlisted locations for the UK Spaceport. Its long runway and coastal, peninsular location with access to segregated airspace makes it an ideal candidate for safe spaceplane operations.

The Spaceport would be a real catalyst for scientific advance and create huge commercial opportunities locally. Current master planning has now been extended to address the pre-requisites for a regulated, safe launch and operating environment for space tourism and scientific exploration. 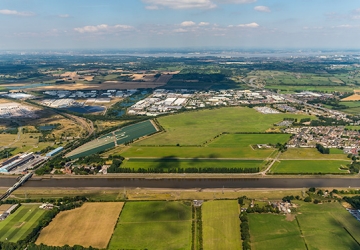 Northern Gateway within Deeside Enterprise Zone is a strategic, 90 hectare (222 acre), ready-to-go development site understood to be the largest, private sector-led development in north Wales and the north west of England.  The site has planning permission and access to £70 million Enhanced Capital Allowances (ECAs) to support appropriate investment.

Cardiff Capital Region has the potential to fundamentally transform the lives not only of the people living within the Region, but of all of the people throughout Wales.

Formed of 10 local authority areas covering the South East Region of South Wales from Bridgend to Monmouthshire, with a population of 1.5m (2013), the region has a diverse economy.

The Swansea Bay City Region covers four local authority regions in South West Wales; Swansea City, Neath Port Talbot, Carmarthenshire and Pembrokeshire, extending over an area of 4,805 square kilometres and with a combined population of over 685,000.

Our vision for the region is that by 2030 South West Wales will be a confident, ambitious and connected European City Region, recognised internationally for its emerging Knowledge and Innovation economy. 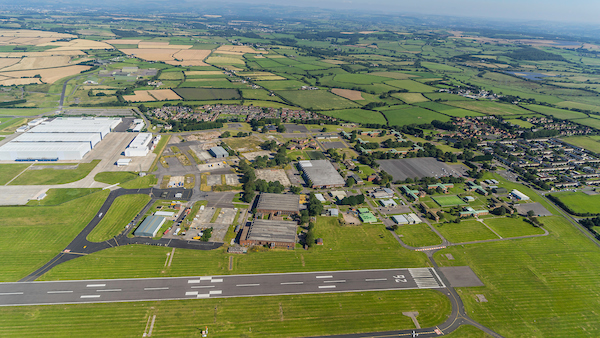