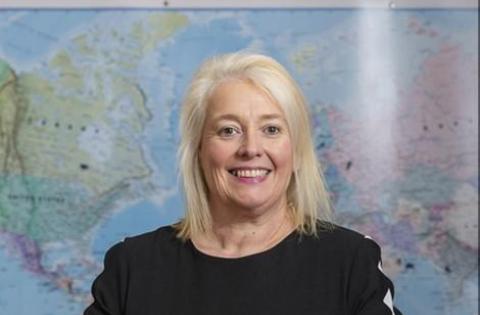 Carmarthenshire manufacturer Huntingdon Fusion Techniques has achieved significant export growth over the last five years thanks to a focus on engagement with its international distributors. Today, exports make up 80% of the firm’s trade and have played a key role in helping it achieve year-on-year growth in turnover.

Carmarthenshire manufacturer Huntingdon Fusion Techniques has achieved significant export growth over the last five years thanks to a focus on engagement with its international distributors. Today, exports make up 80% of the firm’s trade and have played a key role in helping it achieve year-on-year growth in turnover.

Burry Port based Huntingdon Fusion Techniques (HFT), which employs seven staff, is a leading inventor, designer and manufacturer of weld purging technology designed to remove oxygen from welds on pipes and tubes made of stainless steel or similar materials to prevent their oxidisation, discolouration or corrosion. The process improves corrosion resistance and protects the joint strength of the pipes and tubes.

Established in 1975, HFT was originally based in Cambridgeshire before moving to Wales 15 years ago, attracted by lower business rates. The firm was responsible for developing the world's first weld purge monitor which is the standard instrument used in the industry today.

Initially focusing on international markets on a smaller scale, it was the appointment of new CEO and Managing Director Georgia Gascoyne in 2013 that significantly propelled and expanded HFT’s export growth. Having previously worked at the firm for more than a decade during the 1980s, Georgia was familiar with the business and understood the wider export potential for its various products.

International sales now make up 80% of HFT’s orders and turnover has increased 6% - 8% annually since its export drive began. The company sells mainly to the oil and gas, nuclear energy, shipbuilding and process industries.

The firm has received significant support from Welsh Government, accessed through Business Wales, which has helped drive its export growth. This includes opportunities to visit overseas markets and participate in international exhibitions.

Former finalists in the Welsh Business Awards’ ‘Success in Overseas Trade’ category, HFT plans to continue its growth overseas and expand into new territories, with a £1m deal in Kazakhstan in development.

Georgia Gascoyne, CEO and Managing Director of HFT said: “Over the last 10 years we’ve experienced significant growth due to the ease of exporting. Some 80% of our business is now from exports. Our turnover has risen year on year for the last five years thanks to our export focus.

“We’ve recently established a new operative in Turkey through trade exhibitions in the country and have entered markets in Japan thanks to a Welsh Government trade mission we attended in October 2018, where we picked up orders straightaway.

“Japan was a market we had dabbled in previously, with a couple of customers there but we wanted to expand our activities there. When the opportunity arose to travel to the country last year with Welsh Government, on a supported trip surrounded by industry peers, it made sense. The trip was a great success and we’re returning to Japan in the next couple of months.”