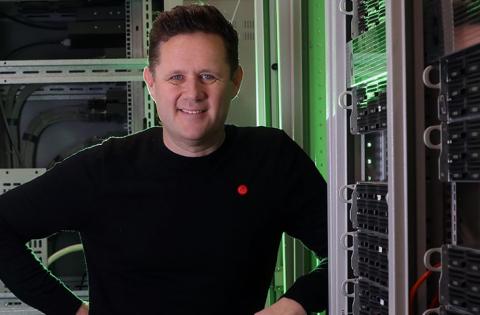 Object Matrix, a south-Wales digital company which specialises in providing hybrid cloud storage services to the media and entertainment industry, decided to grow its business by targeting export markets.

The results have been impressive, with 55% of the firm’s trade now coming from overseas markets, across 30 countries, and its annual turnover rising to more than £3m.

The award-winning Cardiff-based firm employs 25 full-time staff and provides its services to high-profile media and entertainment organisations all over the world including BBC, Fox Sports, NBC Universal, HBO and France Televisions. Its technology is used by companies to digitally manage, store, distribute and protect its data and files.

Founded in 2003 by Jonathan Morgan, Nick Pearce-Tomenius and Francisco Ontoso-Ramos, Object Matrix initially focused solely on trade within the UK and catered to all industries. However, an explosion in video content and distribution in 2013 prompted an evolution for the company, causing it to expand its client-base not only into the media and entertainment industries, but also into overseas markets.

Vital to the company’s rapid export growth, Object Matrix has received support from Welsh Government export specialists, through Business Wales, to access not only financial support but to also ensure the company’s presence at major international trade shows in Amsterdam, New York and Johannesburg.

Attendance at these events enabled Object Matrix to source prospective clients and resellers and showcase its services to companies in need of digital storage, opening the door to a whole range of new opportunities in key markets.

In addition to trade shows, working with international resellers, who strategically promote Object Matrix’s services and technology in each of its key regions, has played a crucial role in the company’s export strategy.

Today, export sales account for more than half of Object Matrix’s £3m annual turnover, hugely contributing to the company’s overall success and growth in recent years, which has seen it more than triple its headcount from six employees to a team of twenty in the period between 2013 and 2018.

The company now exports to 30 countries, with France, the United States and Brazil forming its largest export markets.

“Exporting has been vital to expanding our company’s success and services worldwide. Before the idea of exporting our products and services became a reality, we had to start locally before we could think globally. Once we successfully accomplished that aspect of our business, we were able to take things to the next level. I firmly believe that if you can sell your product in Wales, you can sell your product anywhere.”

“Welsh Government support has been invaluable to us, enabling us to meet potential clients and reseller partners in different regions – without these it would be almost impossible to grow. However, thanks to our export focus, Object Matrix is now a key player in the media industry.