Gareth Griffiths is the Farming Connect development officer for South Carmarthenshire. He still regularly helps out at the family dairy farm in Llangynog, near Carmarthen where he grew up and where his family milk 120 Holsteins and run a herd of 20 suckler cattle.

Gareth graduated with a first-class honors degree in agriculture from Aberystwyth University in 2011, winning the Royal Welsh Agricultural Society student of the year award and the Dr Richard Phillips agricultural student award.

A former member of both St Cynog’s and Abernant YFC, Gareth was a keen competitor who had a special interest in stock-judging and sports which he says has given him a wide network of local friends and contacts working in the industry.

His competitive streak stands in him good stead in his current Farming Connect role, as his aim is to give farmers and foresters in his area a commercial edge by making full use of the many support services, special projects and events provided by Farming Connect.

“Farmers are having to operate in a commercially volatile climate, with dairy farmers in particular facing very worrying challenges, so I’m keen to signpost them towards the optimum package of services that could help prepare them for the future.

“Farming Connect can do so much to help farmers farm more efficiently, and many services including nutrient management planning, grassland management and benchmarking are either fully-funded or heavily subsidised.”

These are all tools which Gareth says can make a very real difference to both technical and business efficiency as the wider industry prepares to operate outside the EU.

“Each group works alongside invited experts or vets, tackling topics ranging from benchmarking, grassland and fertility to animal health and lameness.” 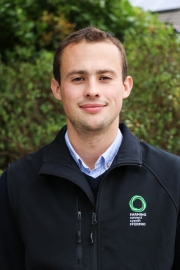