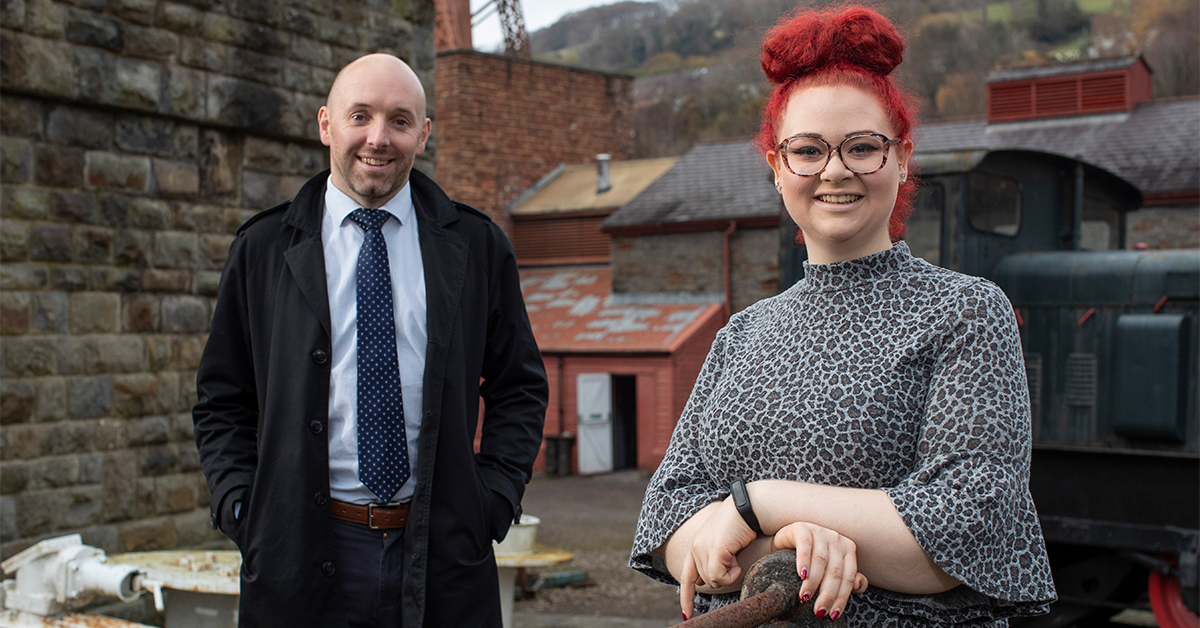 Keen to diversify the routes into the heritage sector, the local authority took the step to hire its first Heritage Outreach apprentice in September 2019.

Since strengthening its team with apprentice, Esta Lewis, Heritage Services Operations Manager Sara Maggs said her role has been crucial to the development of the department over the last year.

Since hiring the 23-year-old from Hirwaun, the team has been able to expand and reach more community groups, build and strengthen relationships with community partners, and develop bespoke heritage projects.

Sara commented: “Esta was the perfect match as she had a passion for our history and had previously volunteered at a local museum where she undertook research and helped to develop exhibitions.

“Her proactive attitude and hands-on approach has meant, as a department, we have been able to engage and reach new audiences. Supporting the completion of her Level 3 apprenticeship in Cultural Heritage, Esta has been afforded the opportunity to lead on a bespoke project working with Men’s Sheds – a group that’s formed to tackle social isolation and loneliness in men.

“Esta also coordinates school visits to the museum, which have been a huge success – so much so that for the first time we have received the Sandford Award, a sector quality assurance for heritage education programmes.

“Taking on our first apprentice required huge amounts of bravery from us as a department, as everything was new, but it’s been an overwhelmingly positive experience and the time that we’ve invested has paid off.”

Esta said: “My late grandfather, Malcolm ‘Chick’ Chambers, a miner in the Rhondda has always inspired me and I love the fact I’ve found a job where I can keep his story alive, I’m sure he would be really proud. My apprenticeship has been the making of me, I have learnt skills in the workplace and I’ve now found the career of my dreams, I couldn’t be happier.”