Network Rail spends millions dealing with delays caused by obstructions and intrusions on its lines. Welsh company Vortex IoT has developed a product to change that.

Founded in Swansea in 2017, Vortex IoT is one of Wales’ leading ‘Internet of Things' (IoT) technology companies. It specialises in producing sensors and network systems for harsh/remote environments, typically where there is limited access to power. One of its innovative products has the potential to save the rail industry millions of pounds every year.

The RODIO system (Railway Optical Detection of Intrusions and Obstructions) is described as a “scalable and cost-efficient RCM solution for detecting obstructions and intrusions for rail infrastructure.” Such RCM (Remote Condition Monitoring) enables operators like Network Rail to detect any obstacles on the tracks that might interfere with train journeys and cause delays. As Adrian Sutton, CEO and founder of Vortex, explains:

“Remote condition monitoring provides asset managers with actionable information to reduce delay costs and keep people safe. In the 2019 storms, significant delay was caused to rail services around the UK by fallen trees and children’s trampolines blown onto the tracks. Remote monitoring will address these problems more quickly.” 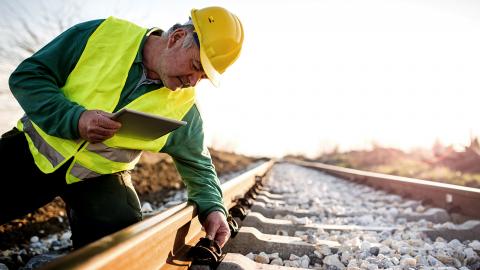 The old way of doing things

Traditionally, track monitoring is done by manual inspection, either by railway staff walking the line or relying on reports from members of the public. Neither approach is particularly efficient or effective, especially at night or in remote areas. RODIO solves that problem by continually monitoring railway lines and reporting back whenever an obstruction is detected.

“So, when a tree falls onto a railway line,” says Sutton, “the event is detected and classified, and a real-time notification sent to the line controller, which includes the incident classification (‘fallen tree’), and the date, time, and location.”

But RODIO doesn’t just solve the problem of fallen trees. It can also detect cable theft, trespassing and vandalism, landslides, animals on the line, plus report unfortunate events like suicides. Additionally, it can also be used for ensuring worker safety, tunnel monitoring and level crossing management. By rapidly detecting and resolving these issues, Vortex IoT contends that the system can enhance service reliability and safety, increasing line capacity and train availability, while reducing the cost of delays.

Adrian Sutton explains that the RODIO system incorporates a number of cutting-edge technologies. These include LiDAR (a ranging system that bounces laser light off surroundings), as well as secure self-healing and self-organising wireless mesh networking, giving operators the ability to complete essential maintenance diagnostics and apply software updates over the air.

“Mesh networking is, and will become, the backbone of Industrial IoT,” says Sutton. “Without it, IIoT isn’t financially sustainable or scalable. Our clients can start small, learn fast and scale rapidly, reliably and, most importantly, competitively. Our mesh network operates on an unlicensed waveband and it covers significant distances and areas.”

Sutton explains that Network Rail has already trialled RODIO, and they are working together on widespread deployment. This is no small task as Network Rail is responsible for more than 20,000 miles of track across England, Scotland and Wales, almost 6,000 level crossings, plus 30,000 bridges and viaducts. It’s a product with international appeal. Rail operators in the Gulf Region and Sub-Saharan Africa have also requested demonstrations.

As a representative from a Middle East Railway provider commented: “The current method our organisation has in place [for track monitoring], involving delicate wires, creates major challenges which results in numerous delays caused by line closures. It is currently possible for a wind-blown plastic bag to unnecessarily shut down operations... With the use of IoT and AI via Vortex IoT RODIO; we would be able to monitor which foreign objects pose a danger to our trains, track, staff and passengers and make immediate and responsive decisions based on the data received.” 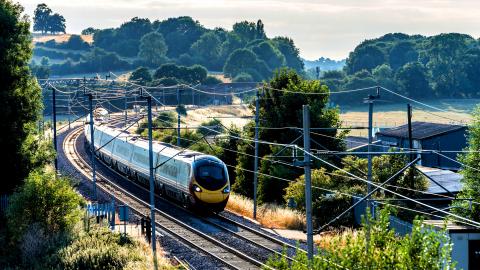 Monitoring the air we breathe

Sutton is keen to point out that RODIO isn’t the only sensor technology they’ve developed at Vortex. Another Vortex IoT product is AQM (Air Quality Monitoring), a particulates and pollutants sensor network. With air pollution a major topic (the World Health Organisation estimates that air pollution is the cause of seven million premature deaths every year), ‘smart cities’ are increasingly turning to air quality sensors to keep track of pollution levels. These can, in turn, be used to manage traffic flow and monitor congestion.

“AQM connects to our intuitive cloud-based interface and data analysis tools, using our secure self-organising, self-healing mesh network,” says Sutton. “AQM exists to help industry and local governments identify levels of air pollution street-by-street. We currently have schemes in development with The City of London, Neath and Port Talbot Council, and in operation with TATA Steel in Port Talbot.”

IoT will play an important role

As a concept, the Internet of Things has been around for some time, but the latest advances in sensor technology, AI software and networking means that it’s now coming into its own as a useful, reliable and commercially viable service.

Sutton quotes the phrase: ‘Before you tackle it, you must first measure it’ – meaning that, without the relevant information, you can’t properly address a problem. He’s adamant that the Internet of Things will play an essential role in the future of Welsh trade and industry and the adoption of IoT will undoubtedly increase as a result of the recent global pandemic.

“IoT is essential because it enables measuring to provide actionable information to derive beneficial outcomes. Brexit exposes Welsh companies to international free trade, and to compete successfully they must lead the world in every aspect of their business. IoT will be used to improve business processes, monitor the safety of staff, as well as providing real time information on manufacturing processes that will improve reliability and save money. IoT will appear in business, homes, and it will impact almost everything we do.”