The Welsh town powered by analytics

The town of Cardigan looked at the way supermarkets used visitor data to optimise the shopping experience and wondered: could this be applied to the high street?

Cardigan was the first town in the county of Ceredigion to institute Wi-Fi across an entire town centre. Two years in the planning, the network went live in May of 2018, offering free connectivity to both locals and visitors. Crucially, the initiative launched with the Cardigan Town app, a free download for both Apple and Android smartphones.

That’s where things start to get interesting. Because the app not only provides a wealth of visitor information and news about the town, it also enables Cardigan to capture valuable analytics data regarding visitor habits and behaviour.

“Response to the system has only been positive,” says Clive Davies, an IT expert who has held various posts including Mayor of Cardigan. He is currently the county councillor for Ceredigion and director of the social enterprise Cymdeithas Cynnal a Cefnogi Cefn Gwlad (4CG). “Traders and building owners could see the benefits it would bring to those using it, whether local or visiting, and the information it would provide for the businesses in the town centre.” 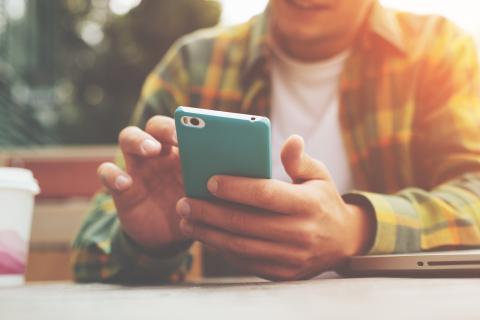 The technology rollout started in 2017 and finished in 2018, when Wi-Fi units were placed at strategic points across the town by installers Telemat. The completed network cost £30,000 with money coming from the Welsh Government and Europe, plus additional funding from the Cardigan town council and 4CG.

Davies explains that the idea to create town-wide analytics came from the systems adopted by large supermarkets, which regularly measure the most popular areas of their stores, including levels of footfall and the busiest shopping periods. “We just scaled it up to a market town,” Davies explains. “[The system] uses Cisco external Wi-Fi equipment, which also captures analytical information such as dwell time, footfall numbers, plus new and returning town visitors.”

The data can track car parking too, including how long people stay, what time of day is the busiest, and which days are the busiest. It can also reveal the effect that the weather or a local event has had on visitor figures, as well as how often people visit the town, whether they’re newcomers or they return daily, weekly, and so on.

Although the town Wi-Fi network is free to use, it does have some limits. Data usage is capped and limited to one hour of use. “It’s monitored and filtered,” says Davies. “Abusers of the system can be blocked or a reduced-use policy can be applied.”

Crucially, while the app is an obvious boon to tourists, it also helps businesses in the town. “Each month, a report from the town Wi-Fi analytics goes to 120 contacts,” reveals Davies. “These include all the high street business owners, town councillors, relevant county council officers and county councillors, assembly members and members of parliament.”

He goes on to list the information they receive, which includes details gathered from the previous month's data from the Wi-Fi network and the app; key events to plan for the weeks ahead; discussions on the town development for the year ahead; and what support or involvement is required from them in the town. “The town centre partnership forum itself meets quarterly to discuss developments and ideas,” says Davies. “This is the forum where the idea for the Wi-Fi and the app came from.”

Cardigan is keen to explore various methods of data capture. “We also generate a quarterly newsletter,” adds Davies. “Opt-ins are collected via a GDPR (General Data Protection Regulation) agreement when people use the town Wi-Fi, and to date there are 1,200 on the list. [At the time of writing], five newsletters have gone out, and in that time only four people have opted out, which shows the information is valued. In addition, a new data set will be included into the monthly report, covering the insights generated by the town’s Visit Cardigan Facebook page.”

So far, the adoption of the Wi-Fi network and the availability of the app appears to be an unequivocal success. “Using these 21st century digital technologies shows how a small town like Cardigan can really get to know its customer,” enthuses Davies. “The information [we gather] could be used to attract new visitors and maybe new retailers, who know that this kind of information could benefit their business long-term.”

Looking to the future, Davies is keen to expand the town’s digital infrastructure. “As ‘Digital Champion’ for the county, I’ve started looking at the use of LoRaWAN technology across the region and how it could be used to improve council services, as well supporting initiatives with Dyfed Powys Police for crime, especially rural crime.” 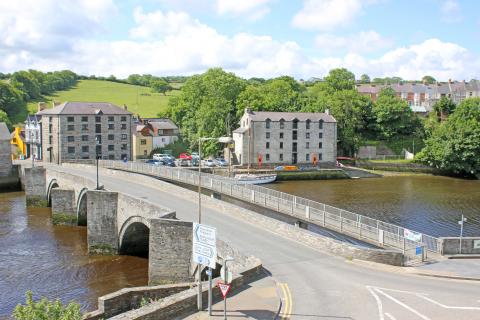 Sensing the changes ahead

LoRaWAN is an ‘Internet of Things’ (IoT) technology that uses LoRa (long range) sensors, connected to a WAN (wide area network). Data from the sensors is collected and sent back to a dedicated network or the internet, where it can be used for analytical purposes or to trigger specific activities.

One such project has been undergoing trials in Newport, with the intention of solving three key issues. IoT sensors have been deployed to monitor air pollution, the city’s water levels and flood defences, and waste management, specifically analysing the use of recycling centres. The scheme is ongoing and is something of a ‘living lab’, enabling universities and companies to test new sensors in a working city environment.

Cardigan will be starting at a smaller scale, but one example Davies cites is the use of IoT devices to monitor the lifebuoys dotted along the River Teifi, which are often thrown into the water or tampered with. The application of a small, inexpensive sensor could be configured to send an alarm, alerting the authorities that the lifebuoy’s cabinet has been opened and requires action. So, not only can the adoption of IoT technology prevent unwanted vandalism, it might well save some lives too.