The wonders of Wales in Winter 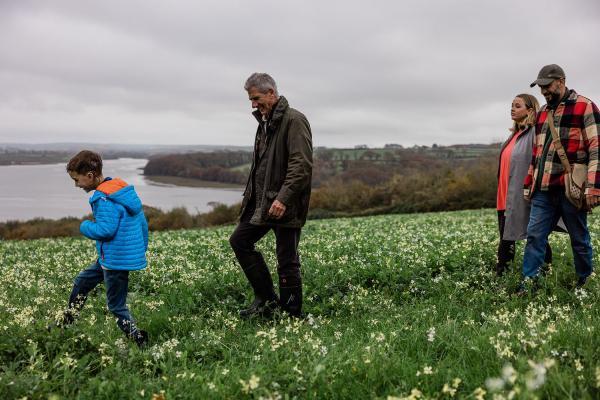 A campaign from Visit Wales has been keeping Wales front of mind as a holiday destination throughout the winter, with many now taking their first holiday of the year during February half term.

A TV and digital ad, directed by BAFTA Cymru award winner Marc Evans, has been seen over the winter in the break of top rated shows such as Ant and Dec’s Saturday Night Takeaway and The Masked Singer, showing what Wales has to offer at this time of year.

Visit Wales’ This is Winter. This is Wales. film features a real family out foraging around the waters of the stunning Cleddau Estuary, Pembrokeshire, where they cook and sample the tasty wild produce on offer. The ad has been well received by hearing impaired charities for including sign language, as seven years old Nathaniel Darian is deaf.

The film shows the pleasures of walking and foraging food in one of the most beautiful parts of Wales, where the family feast on seafood and seaweed, before coming across the impressive Carew Castle, and exploring the celestial wonders of Wales’ famous Dark Skies. Master forager Garry Thomas, based on the Little Retreat estate in Lawrenny shares his secrets of the local plants and flowers to help the Darians create deep connections with their natural surroundings.

I really like the inclusive idea of this advert, it has already got the deaf community approval as a positive representation of deafness is so important. I appreciate the care and skill that has gone into showing this. We use sign language at home as well as spoken language to communicate with Nathaniel.

Another seasonal ad has appeared during the Six Nations, featuring adventure-seeking friends mountain biking and soaring through the North Wales mountains at Zip World.

Wales is an incredible place to explore in every season. Our ambition is to grow tourism by extending the season, promoting our nation during less busy times of the year and highlighting those areas which are quieter, this means keeping Wales visible throughout the year to encourage breaks whatever the season.

It’s been an incredibly challenging time for the visitor economy but there is scope to be confident about the rebuilding of the tourism and hospitality sector. The most recent Tourism Barometer found that the sector had an extended busy season in to the autumn.

Consumer evidence also shows there is a positive intent to take more holiday trips in the next 12 months with trips intentions higher for domestic overnight trips. This is why Visit Wales have been working with the industry to keep Wales visible, and front of mind when people are now looking to making some holiday plans for 2022.

Wales’ amazing dark skies have also been a focus of Visit Wales’ marketing work. Winter is the perfect time to make the most of Wales’ dark skies, and this week marks the first ever Welsh Dark Skies Week. Wales’ vast network of three International Dark Sky Reserves and Dark Sky Parks have been singled out by astronomers as world-beating places to go stargazing, and are an attraction to many visitors. Many businesses within the dark sky reserves are now offering dark sky experiences, Discovery in the dark wales: dark skies wales week.