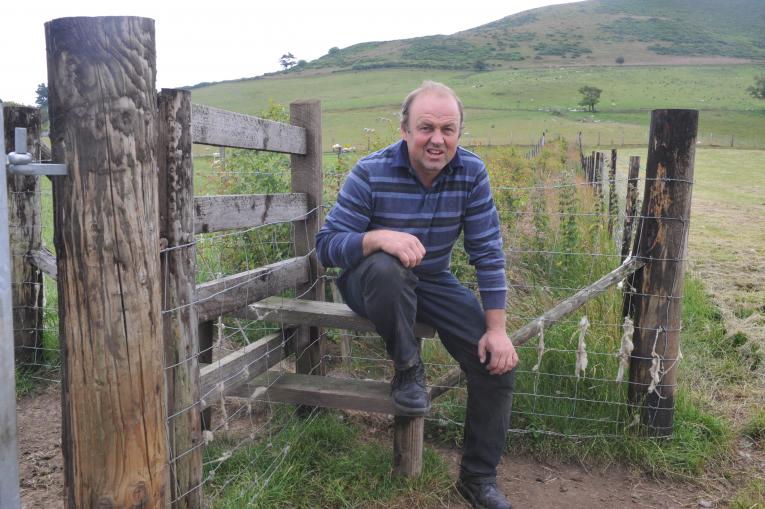 A Welsh lamb producer is aiming to capture an average daily liveweight gain (DLWG) of 300g/day by including chicory in his grazing rotation.

His project work with Farming Connect includes evaluating the effectiveness of chicory in sheep systems on Welsh farms.

Perennial chicory is widely used in grazing systems in New Zealand and is becoming more popular in the UK as more attention is being given to intensive grazing systems.

Two groups of 100 weaned lambs will be finished on these swards on a rotational grazing system.

By increasing lamb daily liveweight gain from grazed feed, Mr Jones is hoping to reduce his cost of production by reducing reliance on concentrates or other purchased feeds.

“We are growing more grass as a result of grazing sheep and cattle on a rotational system and we now want to focus on the quality of that grass to allow us to finish more lambs before the autumn,’’ he says.

Chicory has high drought tolerance due to its bigger deep rooting taproot, and is proven to reduce the effect of internal parasites.

It could also extend the grazing period, he says.

“As there is an unreliable growing season at Pentre Farm, introducing another plant species could extend the grazing period, especially if we experience another dry summer as chicory will thrive in these conditions,’’ he says.