Finalists in the Menter Moch Cymru and Wales YFC Pig Initiative 2021 are preparing and gearing themselves up for the competition finale and their show debut at the Royal Welsh Winter Fair next week.

The six young farmers will be embarking on the exciting and final stage of the annual competition which aims to encourage the next generation of pig keepers and to get young farmers thinking about keeping pigs on their farm as a way of diversifying on their home front.

The six finalists in this year’s competition are: 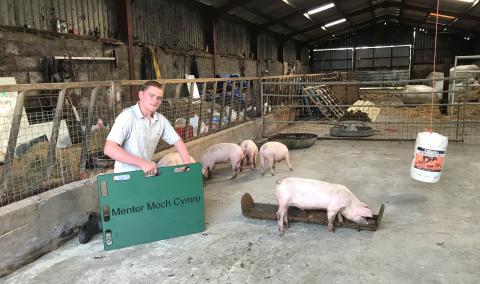 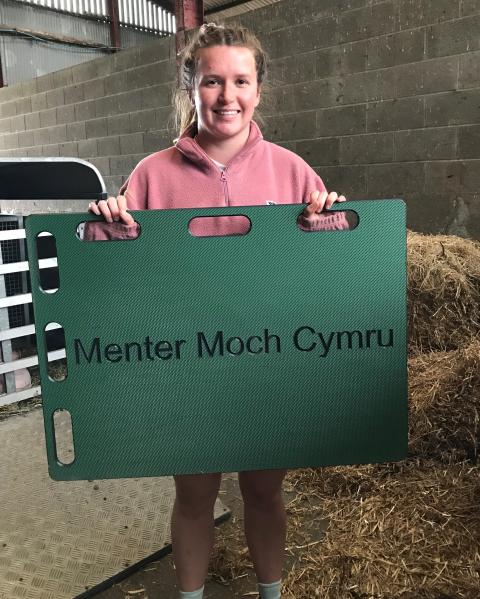 Elliw Roberts of Holyhead on Anglesey 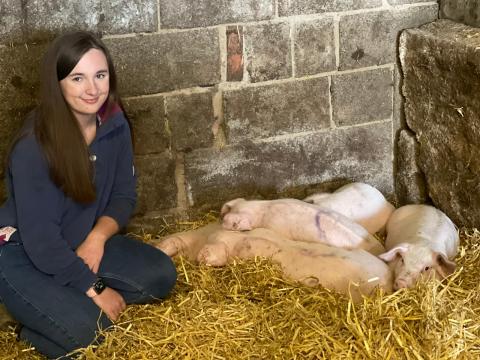 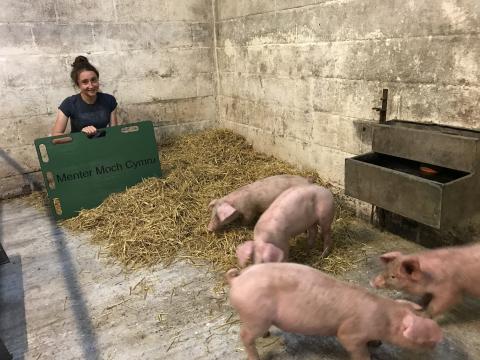 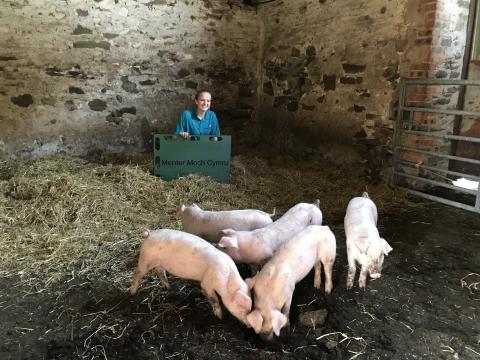 The finalists are usually revealed in person at the Royal Welsh Show but in the past two years due to the pandemic, the organizers have had to turn to technology, and the announcement was made on-line as a part of the virtual Royal Welsh Show in July.

In early September each finalist was given five eight-week-old weaners of their own chosen breed to rear. The weaners were weighed every fortnight so that their growth rate and feed consumption was recorded and all the finalists were entered into a bespoke training programme to help them with their new-found venture.

Melanie Cargill Menter Moch Cymru Project Manager said: “This is the fourth year we’ve ran this initiative in collaboration with Wales YFC, and we are well excited for the young farmers who will be bringing their pigs to the show for the first time and to witness the positive impact this competition has on the young farmers themselves, but also to see new entrants develop as they are introduced to the pig sector.”

Next Tuesday morning at the Royal Welsh Winter Fair the finalists will compete in the highlight of the initiative and enter the exclusive Best Single Pig Class and Best Pair of Pigs Class and then the overall winner of the competition will be chosen and announced.

Join us and our special judges of the day, Ela Roberts of Oink Oink near Pwllheli and John Raymond Jones of Holyhead on Anglesey, on Tuesday morning the 30th of November at the  Royal Welsh Winter Fair