RMGroup packs a bigger punch thanks to SMART Innovation

One of the UK’s largest packaging systems providers turned to the Welsh Government’s EU-funded SMART Innovation programme to help them produce machinery in-house and establish a research and development department, creating 31 highly-skilled jobs.

Newtown-based RMGroup supplies automated packaging machinery to manufacturers in a range of sectors, including agriculture, building supplies and food and drink. The company employs skilled engineers who develop innovative concepts and deliver bespoke systems to customers around the globe.

RMGroup contacted SMART Innovation for advice and support, as it had ambitions to move beyond supplying systems based around equipment made by others to a company that also designs and manufactures a wider range of more sophisticated machinery in-house.

Edward Rees, managing director of RMGroup, said: “We approached SMART Innovation as we were interested in developing more enhanced features on an innovative Vertical Form Fill Sealing (VFFS) machine. The machine creates plastic packaging while simultaneously filling it with goods, before sealing it together, and we wanted to focus on its de-aeration – the removal of air to create a waterproof vacuum. It’s an advanced piece of technology, but we’d never had the capability to consider designing a bespoke VFFS system from scratch. Having the research and development project supported enabled us to do just that. 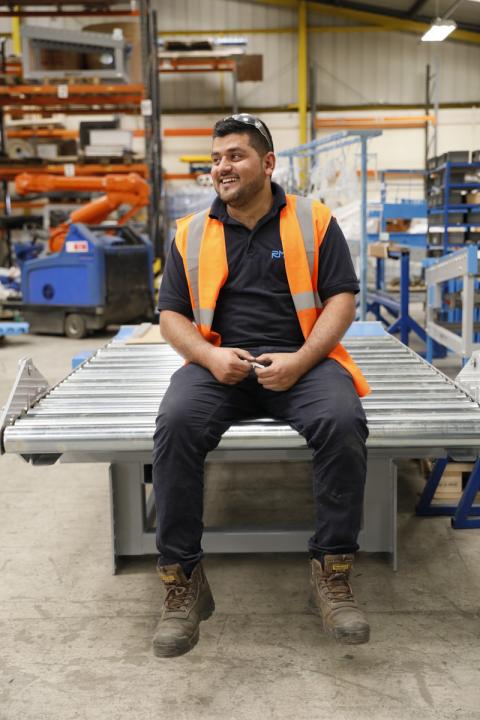 “The Welsh Government’s innovation team were invaluable. As a mixture of engineers and scientists, they were able to offer us expert opinion and provide advice on which areas of the business could be developed further. Not only was the one-to-one support exemplary, but the financial assistance enabled our ideas to come to fruition.”

SMART Innovation’s support has had a long-lasting impact on RMGroup, beyond the creation of the bespoke VFFS machine. Since the partnership began, RMGroup has filed two patents – something it had not previously done – and designed two brand new machines based on those novel concepts. The company has also formed a research and development department to spearhead new innovative ideas.

Mr Rees added: “Research and development is now at the core of everything we do. With a greater emphasis on computer aided design, alongside skilled engineering roles, we have been able to upskill our workforce and provide high-quality jobs with opportunities for career progression for people in mid Wales.

“Through our work with SMART Innovation, we have significantly increased our in-house production capacity, future-proofing ourselves and helping us become more resilient – one of the key goals of the Well-being of Future Generations Act.

“We couldn’t have achieved this without the Welsh Government and SMART Innovation, and their support has provided RMGroup a platform to further its growth as an international supplier, flying the flag for Wales.”