Neil Franklin is an award-winning entrepreneur, born in the United Kingdom.

Neil started his first business at the age of 19, selling home improvements door-to-door and working his way up to selling into the Boardrooms of some of the worlds leading technology companies.

In 1994, Neil founded a UK based staffing organization, Dataworkforce. The company grew rapidly to a turnover of $65 million in six years with offices in London, Dallas, Switzerland, Malaysia, Singapore and Mexico City.

Neil has a co-founded and invested in a wide range of companies in such sectors as technology software, restaurants/hospitality and the Internet/Internet Marketing.

Neil’s entrepreneurial flair also resulted in him being highlighted by Deloitte & Touche’s Indy judges at The Independent on Sunday; being a finalist in the prestigious Ernst and Young Entrepreneur Awards; and being ranked seventh in the Enterprise 100 Entrepreneur list.

Dataworkforce was placed number one in The Sunday Times “Virgin Atlantic” Fast Track 100 fastest growing UK business in 2000 and 2001. To date, Dataworkforce is the only company in the history of the competition to have achieved this “double.”

Neil has also been a keynote speaker at various Industry and Entrepreneurial events and has been called upon by the media for industry and business expertise including:

Neil now offers a comprehensive entrepreneur and business coaching/mentoring and investment program to help people at all levels in the industry, including business rescue and turnaround.

80% of business success is about having the right mindset.  20% is execution, but make sure you are prepared to put nothing less that 100% into that execution. 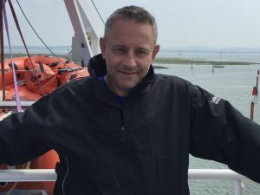