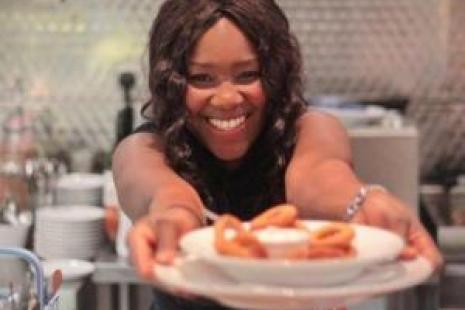 Chatting with Tino D'Zaro
Tino's
In a nutshell:
We spoke with Managing Director of Tino’s Restaurant & Bar and Big Ideas Wales Role Model Tino D'Zaro about her journey into business, what the future holds and why she wants to inspire  other young entrepreneurs.

We spoke with Managing Director of Tino’s Restaurant & Bar and Big Ideas Wales Role Model Tino D'Zaro about her journey into business, what the future holds and why she wants to inspire  other young entrepreneurs.

I started Tino’s in 2013 and originally it was a simple café. However, it soon transitioned to become a café, restaurant and bar that was open all day, from morning through to night. In the day we serve up sandwiches, jacket potatoes and similar, but in the evening it becomes more of a bar and the menu changes over to our night time offering.

One of my main focuses for Tino’s is for it to be a hub for culture. I want to help bring culture to the street, and to Swansea. We have poetry nights, literature evenings and salsa classes too. We also host regular Women In Networking Swansea (WINS) events – an independent networking club that is purely female focused. 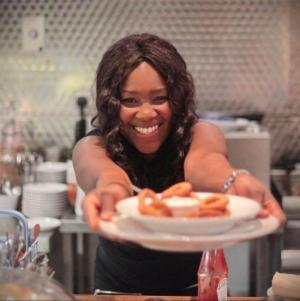 I grew up in Zimbabwe and came to the UK when I was 17 to be with my mother. After completing sixth form, I knew I wanted to study engineering, however I wanted to take a gap year first, which actually ended up being two years after getting a job at Babcock International, an engineering firm in Bristol. I enjoyed the professional world, but I still wanted to go to university and so I enrolled at Swansea University to study Aerospace Engineering. Three years later I graduated with a BEng in Aerospace Engineering.

However, while studying I came to the conclusion that entrepreneurship was in my future. I hugely value my degree, but ultimately I decided to go in a different direction. The idea for Tino’s had been developing in my mind for a while, but when I graduated I decided to pursue it in earnest.

How did you get your idea or concept for the business?

I knew I wanted to make Tino’s a reality when I first walked into the building in which we are now based. It’s a beautiful historic building on Wind Street in the city centre and I fell in love, there was potential everywhere. I knew it would be a huge risk but it’s all I could think about.

So after my last exam I put the wheels in motion and contacted Business in Focus, who advised me about graduate bursaries and helped me to complete my business plan. Not too long after I opened the doors of Tino’s in November 2013.

What has been the biggest hurdle you’ve had to overcome?

Managing staff is a constant challenge. You think you’ve just about got it all mapped out and then a whole new challenge comes along. It’s a constant learning curve and you need to be adaptable.

Also, in the early years, and even now, I had a problem with some people assuming I was naïve and trying to take me for a ride. I learned to stand my ground early on, and I still have to do that every day.

To what do you attribute your success?

A positive attitude is key. And to remember that there is always a solution whatever the problem may be. Also, always be thirsty for knowledge. Get a good group of mentors and meet with them regularly. They have the knowledge that you need.

What are your future business plans?

I would love to build Tino’s into a national brand. I want to have locations across Wales, then the UK, and perhaps even internationally in the longer term.

In addition to this I really want to develop my role as a speaker. Through my work as a Big Ideas Wales Role Model I regularly speak at events at schools, colleges and universities to inspire young people to pursue a career in entrepreneurship. It’s something I love to do and I would love to do more of it, both within Wales and internationally.

If you had one piece of advice to someone just starting out, what would it be?

Get a coach and a mentor - they’re different and both fulfil vital roles. A mentor can hold your hand and offer you support when you need it most, and a coach pushes you. They will help you set goals and require you to deliver on them. They should challenge your belief system, and break down your mental, physical and personal barriers – they will help you overcome them.

What 3 qualities do you believe you need to possess to start your own business?

Resilience, a can-do attitude and willingness to learn – every day is a learning curve.

What keeps you up at night?

If I’m honest I am so exhausted by the time I go to bed I sleep like a baby!

What drives you to keep going when it’s really tough?

Remembering that people are looking up to me and a fear of not letting people down. When I speak to younger people in my work with Big Ideas Wales it reminds me why I am doing it. And it also reminds me how far I have come.

What’s the biggest business mistake you’ve made so far?

Over-hiring people and hiring the wrong people. And trying to step away too soon from the business.

What made you get involved with Big Ideas Wales?

I heard about Big Ideas Wales via friends. One of their advisors heard my story and asked me to join their Role Model programme, in order to share my story and help inspire the next generation of Welsh entrepreneurs.