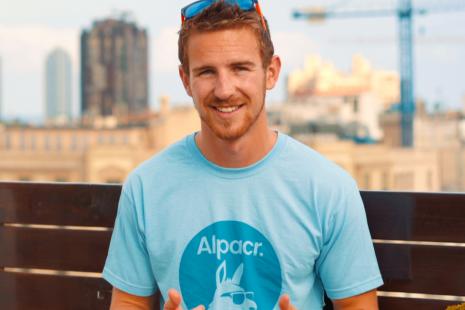 Daniel Swygart
Alpacr
In a nutshell:
Alpacr is a new social-networking platform for the travel and adventure community.
Region:
Cardiff

I am originally from North Wales, but having graduated from Cardiff University studying Economics, I decided that the Capital City was the perfect place to set up Alpacr.

When I was in University I started to think about the app but it wasn’t until I graduated I could give it my fullest attention and commitment. We've come a long way from that initial idea to now. We’ve won the Virgin Voom competition, where I was able to have breakfast with Sir Richard Branson.

I count myself lucky; there’s nothing better than being a part of such a supportive team. Sharing ideas, expertise, skills and achievements is such a positive thing to do. One of our team members is Tyler, the former CEO of YikYak, a social networking app that was worth $400m after just 1 year of its existent.  Together, we’ve also raised a 6 figure investment, and are now planning our next round. Don’t get me wrong, we've had our ups as well as downs... including, at one point, not having enough funding to launch or even to finish the app, and at the same time, I only had a month's rent money left in the bank.

We launched the app in July 2018, and toured all across Europe with our marketing team to promote it. We've since seen tremendous activity, and user growth. We're now looking to raise our next investment round of £1m to take the app to the next level.

I'd like to give back to the community and help Wales's youngest and brightest to find their entrepreneurial spark.