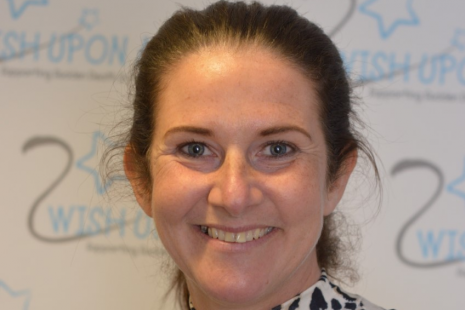 Rhian Mannings
2wish
In a nutshell:
Founder and Chief Executive to an all Wales organisation helping hundreds of families every year who experience sudden and traumatic loss.

In February 2012 Rhian had just returned to work as a P.E. teacher after having her youngest son George when tragedy struck her family. George died suddenly with no sign of illness in the Royal Glamorgan Hospital, Llantrisant on the 22nd February. Just days later Paul, her husband and the Daddy to her three children, took his own life traumatised by the loss of their son.

The tragedy of experiencing the sudden death of a child was compounded by the situation Rhian and her husband found themselves in at the hospital, having nowhere to privately grieve and say goodbye to their son. The family were offered no support and were left to deal with the loss of both Paul and George alone.

Motivated by a desire to ensure others would not have the same devastating experience after losing a child suddenly in hospital, Rhian set up the child bereavement charity ‘2wish’. To date the charity has raised over £1,800,000 exclusively from small public donations and local fundraising and 2wish is now an All Wales organisation helping hundreds of families every year who experience sudden and traumatic loss.

In December 2019 Rhian was recognised on the Queen’s New Year honour list and awarded an MBE for her hard work.

Rhian now works full time at 2wish and is determined that every family in Wales who loses a child suddenly receives the support they truly deserve. The love and pride for her boys, along with her drive to succeed has seen the charity flourish and as a result Rhian has been recognised for her hard work on a number of occasions.