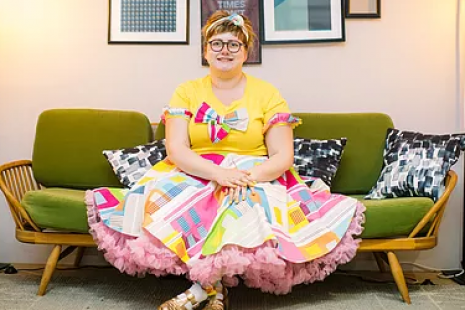 Role models inspire 300,000
In a nutshell:
Over 300,000 young people in Wales given entrepreneurship opportunities through Big Ideas Wales!

Over 300,000 young people across Wales have been inspired to follow entrepreneurial ambitions through Welsh Government’s Big Ideas Wales service in the last 5 years.

The youth entrepreneurship service has met this extraordinary milestone through its Role Model Network. Entrepreneurs across Wales, have joined the Big Ideas Wales Role Model network to share their experience with budding entrepreneurs through workshops, with the aim of opening young people’s minds to new ideas and opportunities that exist and help them think positively about their own future. By investing their own time in our communities across Wales, our Role Models have inspired the next generation of entrepreneurs and helped them on their entrepreneurial journey.

The most recent milestone of engaging 300,000 young people is the equivalent of reaching over 300 young people every school day for the last 5 years.

“It has given me great joy to be a part of the role model network for so many years. Seeing young entrepreneurs develop their ideas and confidence spurs me on to keep delivering guidance and inspiration to a new generation of young people.

"I am so proud to be a Big Ideas Wales role model and to see that as a network we’ve reached the milestone of engaging 300,000 young people is a real success I am glad to be a part of. The last 12 months has been a difficult period as a business owner, but knowing I have a platform through Big Ideas Wales to help budding young entrepreneurs keeps me positive."

Since the project started in January 2016, Big Ideas Wales has supported 402 young entrepreneurs in starting their own business, and has delivered in all secondary schools across Wales.

Two of the young entrepreneurs in Wales who have benefitted from the Role Model Network in finding out about Big Ideas Wales are two 20-year olds from Anglesey who have created a clothing brand inspired by the Welsh language and their coastal surroundings.

From what started as a Sixth Form project to come up with a business, two friends Sion Davies and Sion Owen, created their brand Dillad Arfordir Clothing in the summer of 2019. Big Ideas Wales’ Role Model Gaz Thomas delivered a talk at their school, briefing them on the business project and first introducing them to the service.

The pair first heard about Big Ideas Wales through one of its free award events, Big Ideas Celebrated, which was hosted at Bangor University where Sion Davies studies. Speaking about the event, he said: “When we attended the event, we had only just started at that point so it was really useful to hear from individuals and already established businesses about their ideas and products.

“We competed against great individuals and companies and even picked up the Best Business Skills Award which really got our business going. After winning, we had local radio and press waiting to know the story of the business that had started in a classroom.” 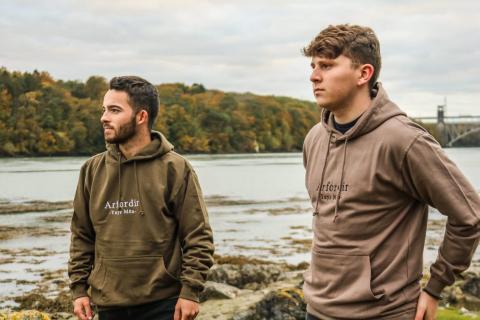 Since the pandemic hit, Dillad Arfordir Clothing is one of the many businesses that has benefitted from having an online presence, with the company achieving a higher volume of sales at the end of 2020 than in previous years. Talking about working through the pandemic, Sion said: “While certain parts of the business have been interrupted or completely halted because of Covid, it’s been a huge relief having the support of Big Ideas Wales throughout it all. There’s always someone on the other end of the phone ready to give guidance and put us in touch with other business owners who can help us.”

Since first discovering Big Ideas Wales, Sion Davies has trained to become a Young Ambassador. This has seen him give numerous presentations both in person and online, and he’s even gone back to his Sixth Form in Anglesey to give a talk to the students undertaking the same business plan project that sparked the birth of Dillad Arfordir Clothing. Not only was he once one of the budding entrepreneurs himself, but Sion has been sharing his experience and success through the Role Model Network contributing to Big Ideas Wales engagement of over 300,000 young people.

Another young entrepreneurs who has benefitted from such support is a 22-year-old from Caerphilly who has opened her own clothing company in a bid to tackle ‘fast fashion’.

Shaunnah Crosbie set up Shaunnah’s Sew Crafty, after graduating from the University of South Wales with a degree in Costume Construction. Having previously worked in the costume department for several television and theatre productions, including BBC’s Doctor Who and Netflix’s Sex Education, Shaunnah turned her attention to sustainable fashion and began offering sewing workshops to teach people how to upcycle or fix used things.

Shaunnah found out about the service at university when Fran Hunt, a prop designer and Big Ideas Wales Role Model delivered a workshop about entrepreneurship and enterprise, encouraging Shaunnah to take up the free support offered by Big Ideas Wales.

“Since the very beginning to now, the service has been a fantastic help with setting up my business. I have dyspraxia and Irlen Syndrome, which means I struggle with writing and structuring documents, but Big Ideas Wales were a massive help when it came to proofing my business plan and explaining financial forecasts.” - Shaunnah Crosbie - Shaunnah's Sew Crafty

With the coronavirus pandemic halting Shaunnah’s in-person sewing workshops for the time being, she’s put some of her free time towards training to become a Young Ambassador for Big Ideas Wales. In the last two months, Shaunnah has participated in online boot camps, given talks, and networked with other budding young entrepreneurs. Not only was she once one of the budding entrepreneurs herself, but Shaunnah has been sharing her experience and success through the Role Model Network contributing to Big Ideas Wales engagement of over 300,000 young people.