Introducing plantain and chicory into an existing perennial ryegrass sward

It is not reasonably economic to fully reseed every 3 to 4 years as this would constitute 25 to 33 percent of the entire grazing area every year. For this purpose, this trial seeks to find a way to re-introduce plantain and chicory back into existing PRG swards so that full reseed can be avoided for a period of 10 years minimum.

The object of this trial is to explore some of the sowing methods most likely to achieve target establishment replicable by dairy farmers operating what is considered to be a conventional farming system operating an 18 to 25-day rotation length grazing system at peak pasture growth times and using chemical nitrogen fertiliser to accelerate growth through this time.

There are many herb options available; future trials should contain alternative legume varieties to offer greater nitrogen fixing alternatives to clover, but in this case, we decided to trial plantain and chicory (referred to as P/C for the purpose of this report) as we felt these are the most proven herb species available.

Several options of sowing were considered. Below are some of the considerations which were rejected and the reason why:

The target method would need to cause minimal soil disruption to prevent weed establishment yet allow for optimum level of germination with minimal competition from the ryegrass plant in the sward.

The two methods settled on for inclusion in the trial were: 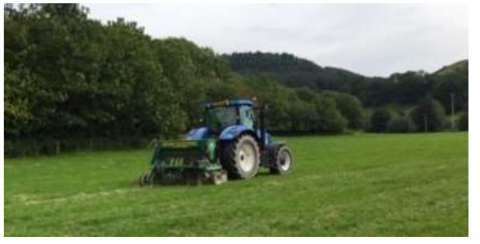 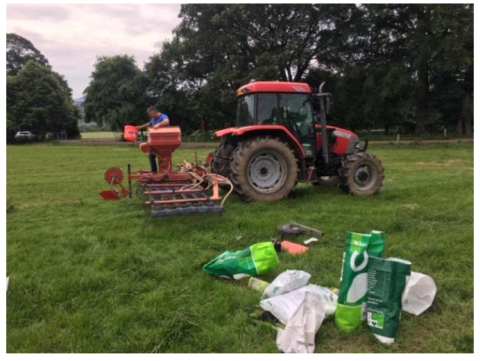 Several paddocks were considered. We analysed current swards with the target to sow 10% of the milking platform and only swards that were currently clean mono-culture perennial ryegrass and “open” with some soil showing through after the 2018 dry summer.

See map of paddocks included in the trial:

In a ‘full cultivate’ reseed, a rate of 2.5Kg P/C seed per hectare would be expected to result in a 20-30% of the sward as herbs when established; we used a rate of 5Kg/hectare in most of the trial as well as some at 7.5Kg/hectare to determine the impact of seed rates on establishment percentage.

The trial was targeted to commence in May, but due to a cold, dry spell we delayed sowing until forecast was for moisture and a rise in temperatures to ensure soil temperatures would be at 12 degrees Celsius for optimum seed germination. Sowing was completed on 23 June followed by 10-15mm of rain and a rise of temperatures over the following days. Conditions classed as ideal at time of sowing and the following two weeks.

Following sowing of the trial paddocks, fertiliser was applied at 60Kg of urea per hectare to supply 27.6Kg of nitrogen per hectare. 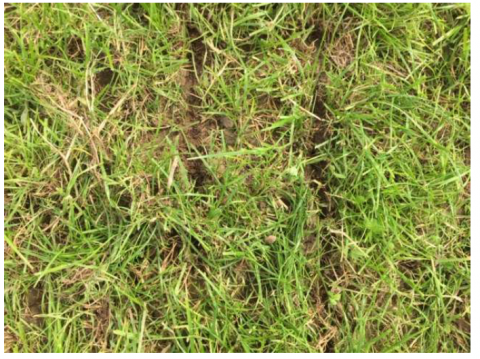 Grazing of the trial paddocks continued as per usual management; the first grazing varying from 8 days post sowing to 26 days post sowing and every 23 to 28 days thereafter. Fertiliser was applied at 80Kg of urea per hectare, supplying 36.8Kg of nitrogen per hectare following grazing.

Inspections of the trial paddocks were done at regular intervals following every grazing. Initially, good germination success was recorded with a high plant count per square metre, but this reduced after the first grazing following germination. 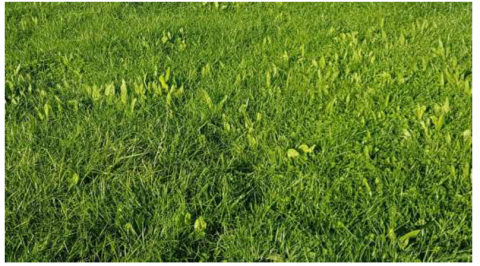 To ascertain the percentage of P/C in the sward, we employed two methods: firstly, several quadrant cuts were done with the total weight of plant material recorded; the P/C was then manually separated out and weighed to provide the split. Secondly, all trial paddocks were inspected by four individuals who all recorded the estimated % of P/C in the paddocks in 5% ranges (0 to 5%, 6 to 10%, 11 to 15% etc.). All four individuals came up with the exact same percentage range for every plot. 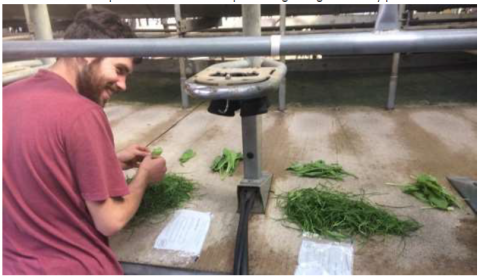 Samples taken on 18 September 2019 were weighed and split into separate sample bags on-farm to have the PRG, chicory and plantain analysed individually.

Combined with the estimated percentages of each species in the diet, we would then be able to ascertain the diet make-up. 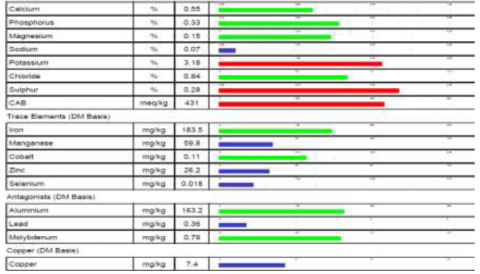 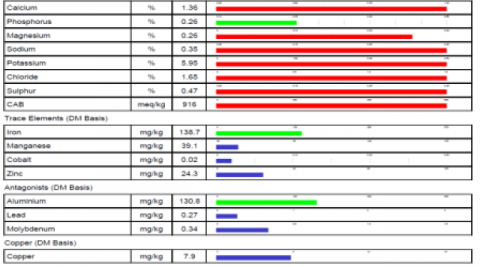 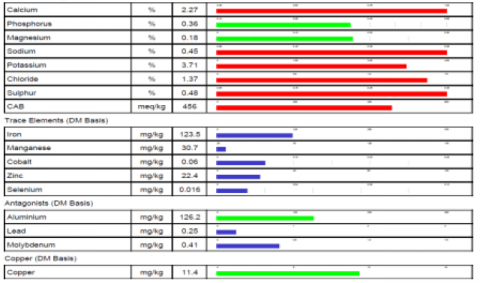 Although there were some variations in mineral and dry matter levels between the species, it would be presumptuous to conclude these are typical as the PRG is well established with a more mature root structure. We will need to have another analysis done in 2020 when the P/C root structure is more developed to get more accurate conclusions on mineral levels.

We found that there are two main factors that influence establishment of plantain and chicory in an existing PRG sward; competition and the impact of grazing at vulnerable stage of establishment.

Successful establishment cannot be achieved without alteration to the conventional management routine, as this favours the existing sward to out-compete the P/C mix.

An extension of this trial should consider comparing zero fertiliser versus regular fertiliser to test the theory of reduced favouring of the competing sward.

The impact of hoof pressure at very early establishment phase and grazing pressure in the following grazing had a significant impact on P/C content.

Introducing plantain/chicory into existing PRG pasture to achieve 20 to 30% P/C content in the sward cannot be achieved without alteration to the traditional management routine, regardless of sowing method or seed rates. 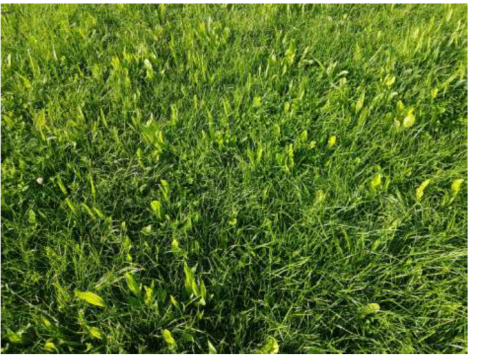