As agriculture is pressured to move away from high-intensity agrochemical-heavy food production systems there is a clear need for increased diversification options. Whilst organic systems as well as sustainable and regenerative crop production strategies could be one root towards producing food with higher value and lower carbon footprint there are also other potential options. Micro salads, unusual vegetables and edible flowers have demonstrated high value in professional restaurant-grade cooking, as such, there is a growing demand for such commodities. Edible flowers are the first of these interesting potential innovative crops being investigated in a Farming Connect European Innovation Partnership (EIP) Wales project.  The project looks to determine optimal growth strategies and crop mixes for UK specific growth. Other future crops could include sprouts which are defined

as the stage of growth between seed germination and before true leaves develop. As a food source, they are intended to be consumed entirely including the shoots, rootlets and seed. The use of sprouts as food sources have been known for thousands of years, for example, beansprouts are very common in modern and historic Chinese cuisine. Microgreens (sometimes called vegetable confetti) are a relatively recent and novel area of expansion in the food sector with research into their benefits and optimal growth strategies seeing a significant increase from 2018 onwards. Microgreens are generally considered to be the young growths of leafy greens, vegetables and herbs which are harvested when only the cotyledons (first embryonic leaves) and in some instances the first pair of true leaves have developed. This usually consists of a 1 – 3-week production cycle depending on the microgreen species. Microgreens as a term is largely a marketing tool and in legislation, they fall somewhere between “sprouts” and “baby leaf” salads, which are considered to be young leaves and petioles of a crop harvested up until it has developed 8 true leaves. They have demonstrated a significant market value which is set to grow rapidly in the future. 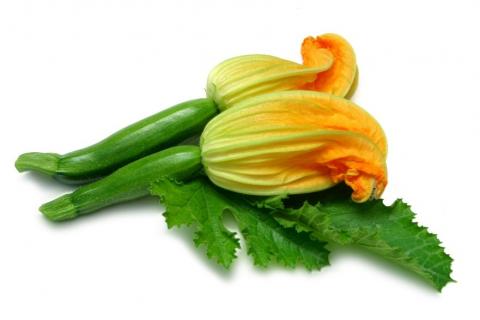 The eating of flowers from fruit, vegetables and medicinal aromatic plants also dates back thousands of years as far as 3000 BC. In modern UK culture, it is common to find flower extracts for flavouring in drinks for example with elderflower and dandelion being popular favourites. However, many species of plants have specific parts of their flowers which can be eaten (Saffron stigma for example) and in some cases, the entire flowers can be eaten (courgette flowers). Similarly to microgreens, edible flowers are expected to see an 11% compound annual growth rate (CAGR) from 2018 by the end of 2022 demonstrating this is a key diversification area.

The utilisation of edible flowers is a relatively more mature area than microgreens in its level of research with currently far higher research outputs. Much of the most recent research in edible flowers are related to interesting phytochemical properties which could provide towards an improved healthy lifestyle. Attempting to ascertain research levels on sprouts is difficult due to the terminology having other meanings but it appears to be similar or higher than edible flowers as this is a more mature food production system concept than microgreens.

Consumer demand for new and exotic food types can be challenging to determine. However, ‘Superfoods’ have become a popular item recently, with consumers now looking more and more favourably on foods for health benefits as well as just calories. As such if marketed correctly the productions of sprouts, microgreens and edible flowers could be driven by this popularity as each of these groups have demonstrated interesting nutritional and medical benefits in some form or another. Interestingly a 2020 study highlighted how an important aspect of consumer drive for superfoods was also the perceived environmental and ethical superiority to other foods, when in fact, superfoods can be a group with a specifically high climate impact. Sprouts, microgreens and edible flowers if produced correctly, however, could offer increased nutraceutical food properties with far lower environmental impacts. A recent survey in Taiwan found that the key influences on consumers adopting edible flowers as a food source were the individuals' curiosity, the flower’s aroma profile and the health consciousness of the individual. Thus, further demonstrating the health factor drive of these innovative foods in future production potential. Furthermore, countless research papers cite the benefits of these foods in exciting consumers through unique tastes, textures and vibrant physical appearances.

Generally, food plants (fruits, vegetables, seeds and herbs) are fairly rich in nutrients and are considered a key healthy part of the human diet. Research even links regular plant intake to reducing illness risks associated with diseases such as cancer. One of the benefits associated with microgreens is that harvesting at this early stage in the life cycle of the plant has been shown to produce higher beneficial phytonutrients and minerals and lower nitrate levels compared to the mature plant of the same species. Sprouts and edible flowers have similarly been noted to have high mineral, vitamin and bioactive compound levels across multiples studies.

As can be seen, bioactive compounds from these crops could have many health impacts. Enhancing everyday products has also been preliminarily investigated, such as allowing wheat seeds to sprout before processing to produce bread. In these scenarios, bread made with sprouted wheat or supplemented with other sprouts has higher bioavailable antioxidant/anticancer capacity and thus could add value to the wheat market as an enhanced health food. Interestingly, many studies have shown that growth conditions used on these crops can significantly enhance the level of certain bioactive compounds found within them improving impacts further. Different levels, durations, types and colours of lights have shown changes in phytochemical profiles of these crops, for example, blue light can increase chemicals associated with flavour but red light can significantly increase Vitamin C content in some species and increase or reduce Vitamin E content in other species. Furthermore, growth media, growth strategies and environmental factors can all impact both yield and nutrient contents. As these crops are often high in water content and eaten fresh they are unfortunately at higher risk for bacterial contamination than other processed crops. All this combined suggests these crops will be most optimally produced in systems where full control of the environment is available to reduce infection risk and enhance nutrient profiles, making outdoor growth less attractive.

Sprouts are produced from seeds via washing and leaving in high moisture environments with low or no light and optimal temperatures. They can be grown at significantly high seed densities and are harvested once they germinate. Due to the need for root development and early plant growth with microgreens, seed densities must be reduced slightly to facilitate this space to grow. Microgreens are largely grown in soil but other growth media such as coconut coir, vermiculite or perlite can be used and unlike sprouts they require light. Microgreens are also highly compatible with hydroponic systems of growth and could easily be incorporated into aquaponic systems as they tend to have relatively low nutrient requirements. Microgreens are commonly grown in 10 inch by 20 inch trays with a potting soil mix which can be reused between multiple growths. However, for smaller-scale systems garden beds, window sills and small containers utilising sterile loose soil have also been shown to be effective. Generally speaking, sprouts and microgreens can easily be grown without fertiliser addition as such they benefit from being considered organic. Edible flowers are far more variable in their growth strategies as individual species have varying optimal conditions for growth and successful and optimal flowering. In these systems nutrient input (organic or synthetic) during propagation is required and these food sources may inherently have higher environmental impacts than sprouts and microgreens. Different production methods have been shown to have effects on reducing these environmental impacts, with co-utilisation of edible flowers from edible fruits and vegetables being more likely to have further reduced overall environmental impacts per kg of product produced.

These foods, particularly microgreens and baby leaf salads lend themselves particularly well to controlled environment agriculture (CEA) approaches. Systems inclusive of vertical farming have been noted to work best with crops that have a quick growth/harvest cycle and high market value, as such these massively fit the bill. Added benefits of CEA systems are they function well in urban restricted land space settings, providing food production innovations and reducing potential food miles associated with other health food imports. Similarly due to the high health and nutritional benefits, alongside ease of growth in small spaces with minimal inputs, microgreens and sprouts have been heavily implicated for key roles as crops for long term space exploration, demonstrating their high level of innovative use.

Challenges with all of these crops can relate to their use as fresh products rather than being processed into other forms. Many of these have relatively short shelf lives post-harvest such as 1 – 2 days at room temperature. Much research is ongoing into harvest and storage techniques to improve shelf life by reducing microbial population impacts. These include using chemicals, natural compounds, different packaging materials and modified atmosphere packaging. Other options for processing these crops to reduce their perishability include: high hydrostatic pressure processing, the addition of edible coatings, irradiation and drying techniques such as freeze-drying or microwave drying. Each option moving forwards needs to balance energy considerations with nutrient retentions as some processes can reduce beneficial nutrient levels present. For microgreens, a novel strategy for shelf life involves distributing fresh products in their growing media to be directly harvested as required by the consumer.

Microgreens, edible flowers and sprouts each offer some interesting crop alternatives to traditional arable intensive crop options. High nutrient and health impacts of these crops could well make them achieve high market values and significant consumer attention. Diversification by arable farmers into these crops seems context dependent. Whilst edible flowers often require traditional outdoor soil environments both microgreens and sprouts do not. Microgreens and sprouts benefit far more from having total control of the growth environment and as such are far more suited to internal controlled environment farming. This in many instances may require conversion and investment by farmers in constructing these sterile controlled environments and as such may well require costing considerations before embarking on such diversification. Currently, knowledge with regards to microgreen growth is in its infancy, but it is clear that different species require different inputs tailored to their individual growing profiles, but they potentially have low environmental impacts due to the limited resources required in their growth.