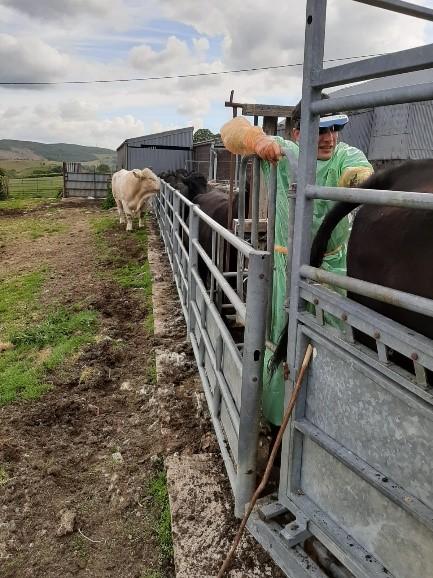 The aim of the project at Rhiwaedog is to tighten the calving periods into two blocks of eight weeks (February-March and May-June) and to reduce calving interval to ‘one live calf’ per 365-375 days.

Firstly, the bulls were fertility tested. Results showed that they were healthy and able to produce a viable semen sample. The Moocall collars were then deployed on two bulls which successfully detected which cows had been observed bulling. When scanned, the majority of the cows were identified as being in-calf 35 days or more. Cows that were not detected bulling within one month were examined; four were synchronised with two confirmed in-calf so far. A few cows have also been treated for ovarian cysts which would have not been detected without the use of this technology. 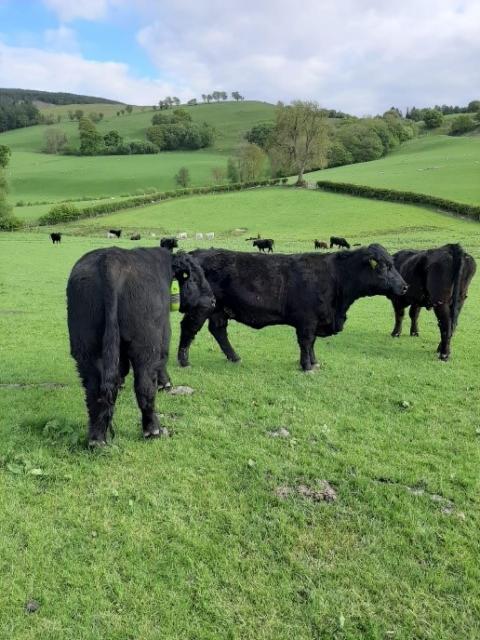 In general, cows have become pregnant promptly and those calving later have been brought forward where possible. Some of the cows have been delayed from bulling until April to bring them in line with the rest of the herd. Some of these cows may also need to be culled, particularly if they are challenging to get in-calf, or if they have other problems concurrently.

At the beginning of the project, it was noted that the Moocall app was picking up activity when the bull and cows were feeding at the feeding ring and within the shed, giving false readings. This was easily resolved by using additional tags which were hung up in areas where the bull picks up on false activity to create a 'Heat Exclusion Zone’, for example, at ring feeders and drinking troughs. If the bull goes near these tags, it will stop the collar from reading for a period of 30 minutes once he is in that tag's proximity.

Below are the predicted calving index post scanning in comparison to previous years.

It was also observed that some of the early calvers have been delayed slightly, possibly due to the drought experienced in May 2020, which resulted in lower forage intakes at that period.

The project will continue to determine whether further gains can be made in the future.