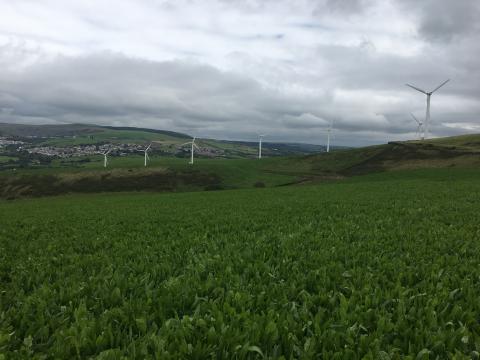 Intensification of farming practices has resulted in the decline of species-rich, permanent pasture into fields of predominantly ryegrass occasionally with white clover. Species-rich grasslands were once common across the UK and supported pastoral agriculture, healthy functioning soil, and diverse flora and fauna.

There is increasing interest from many livestock farmers in returning to the use of multi-species leys with the aim of producing nutrient rich forage with lower inputs.

This EIP Wales project worked with three upland farms in the South Wales Valleys who were all interested in what multi-species leys could bring to their farming systems but were unsure of how they would perform on their marginal, upland farms. In 2018 the three farms established plots of multi species leys and conventional ryegrass with white clover leys. Each plot was approximately 3 hectares. Establishment was monitored and then production over three seasons was assessed.

A full report on the findings from the project can be found below.