A Farming Connect trial has shown a cost benefit of up to £3.36/head from supplementing lambs with trace elements post-weaning; however, grass availability and parasite control had the biggest influence on the performance of animals in the study.

Lamb performance post-weaning is one of his biggest challenges; due to cobalt deficiency, so to maintain growth, he supplements with trace elements.

As a member of a Farming Connect sheep discussion group, he embarked on a trial to establish which form of supplementation works best in his system.

“I was keen to be involved because, with so many products on the market, it can be difficult to really know what works best in our own flock,’’ says Mr Rees, who farms with his parents. 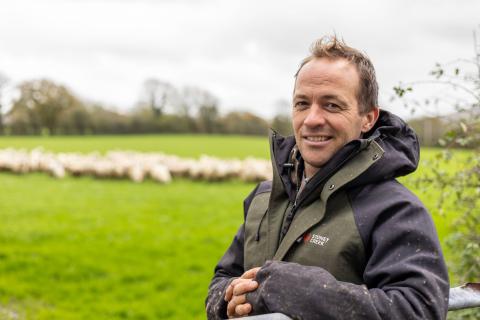 All supplemented groups – apart from the group that were drenched only once– gained more weight than lambs that received no supplement.

Over the course of the 66-day trial, the growth rates were very similar in lambs given the bolus, B12 injection or drenched three times – at about 188g/day compared to the control and one dose of drench, where growth was around 168g/day.

Independent sheep specialist Kate Phillips, who oversaw the trial and analysed the data, says this showed that more continuous supplementation is needed if drenching with trace elements – particularly cobalt, as lambs need a daily supply to grow well and use their diet effectively.

The three doses of drench, at a cost per lamb of £0.56 for the product and labour, had the greatest cost benefit, at £3.36/lamb.

For the bolused lambs, the cost benefit was £3.13 and for the animals that had a shot of vitamin B12 the return on investment was £2.42.

Although there was a growth response to supplementation, the greatest improvement in growth rate was achieved when the lambs were introduced to silage aftermath in the first and second two weeks of the trial.

Irrespective of supplementation, DLWG rose from 68g/day in the first two weeks to 226 g/day over the next two weeks, including in the control group.

“Grass availability and parasite control had a greater influence on performance than any of the supplements,’’ says Mrs Phillips.

Lambs with a high worm burden were treated, and there was a jump in their growth rates. But investment in the supplements proved to be cost effective, she says, demonstrating the need for trace element supplements to optimise lamb growth on Mr Rees’ farm.

However, every individual farm situation will be different. 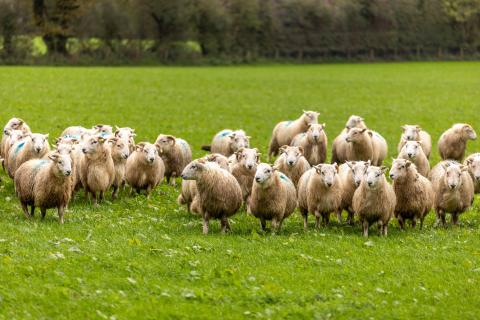 “The choice of supplement will depend on price and convenience for the farmer,’’ says Mrs Phillips.

Going forward, Mr Rees says he plans to continue comparing products to ensure he is getting the best results.

“All these products helped, so it’s a case of looking at what is cost-effective and the labour requirements involved,’’ he says.

He lambs outdoors from 1 March, and sells lambs both in the live market and direct to slaughter, achieving average deadweight of 19-20kg at R3L.

He has also used the Farming Connect mentoring scheme to learn more about benchmarking and EID from experienced farmers.

“Using a wide range of services through Farming Connect has helped Meirion gain a better understanding of the challenges on his farm. This has enabled him to make better informed management decisions that can help improve animal performance and the productivity of the business.”