Estimates of global soil degradation indicate that somewhere in the region of 1 – 6 billion hectares of land are in a degraded state (between 10 – 60% of agricultural land and forest). Degradation may mean different things depending on location and landscape and is variably accepted to indicate land suffering from the harmful effects of desertification, salinisation, erosion, compaction, or encroachment of invasive species. Of these issues, soil compaction is considered by some to be the biggest threat to future agricultural production.

Soil compaction is a major global issue associated with modern, mechanical agriculture. The use of heavy 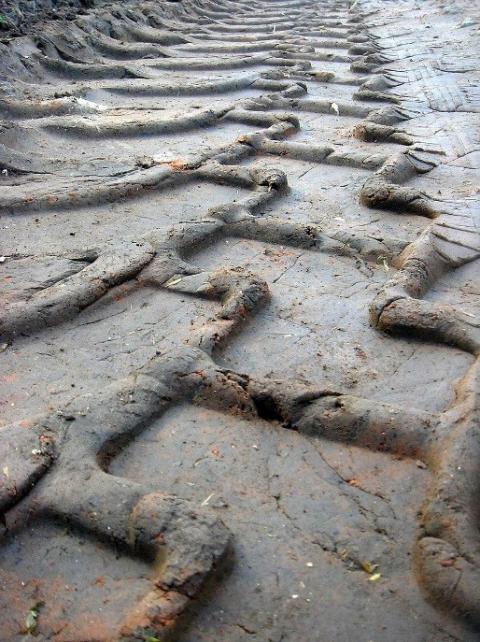 machinery and other modern agricultural approaches can have significant impact on soil and soil based processes. Soil compaction is defined as a process where soil grains are rearranged to reduce void space, thereby increasing bulk density. Compaction can affect both the upper layer of soil (topsoil) and soil to depth (subsoil). Subsoil compaction is a challenging problem as remediation of this is costly and difficult to achieve. It has been demonstrated to drive significant reductions in crop yield and as such, has been recognised as a serious form of soil degradation by the EU.

Soil compaction can reduce farm production efficiency by increasing the costs of production whilst simultaneously reducing crop yield. Soil compaction reduces the potential for crop growth and yield by restricting the growth of roots, limiting aeration and water storage, and reducing the availability of nutrients in the soil. This can lead to a greater requirement for fertiliser input as a countermeasure and higher fuel usage due to the extra energy required for activities such as ploughing. As a result, soil compaction may be damaging economically and can have significant consequences for farm business efficiency.

Soil becomes compacted when exposed to heavy machinery traffic, or through excessive animal trampling. Livestock effects on soil compaction can be more widespread in a field system than that caused by heavy machinery, which is typically localised. Compaction effects due to livestock are dependent on trampling intensity, but where this is high can affect soil bulk density, hydraulic conductivity, macropore volume, and penetration resistance.

Three components govern the degree to which a soil is affected: soil texture and structure, soil organic matter, and soil water content. The degree of organic matter in soil will influence the degree to which a soil is impacted by increasing the resistance of a soil to deformation and/or increasing elasticity potential. Compaction effects from heavy machinery and livestock trampling are exacerbated in wet conditions. Typically, soils with high moisture content are more vulnerable to the impact of compaction as the strength of a soil is heavily dependent on water content. Timing machinery usage or grazing is therefore a key strategy for reducing the potential impact.

Effects of compaction on soil biological and chemical properties

By modifying certain soil processes, such as pore size, aeration and water movement, compaction can influence the chemical and biological state of soil. This has been observed as reductions in carbon mineralisation, nitrification rate, and increases in denitrification (which results in higher N2O emissions to the atmosphere). This can mean a reduction in both the availability of nitrogen for crops and crop nitrogen use efficiency, resulting in increased requirement for fertiliser input. 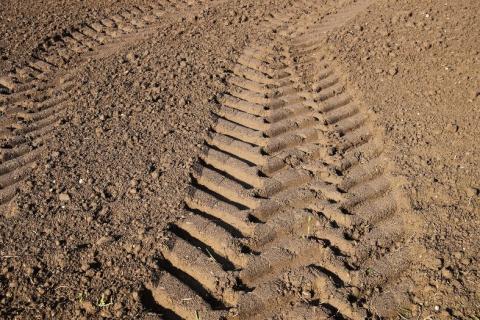 As a result, soil compaction can contribute to an increased environmental impact. This can happen both locally and in the wider environmental context. Locally, compacted soil can increase the potential for runoff, which in fields where fertilisers have been added may exacerbate the effects of diffuse pollution. Soils which are increasingly anaerobic as a result of compaction may also limit the potential for breakdown of pesticides, resulting in greater leaching and contamination. In the wider environment, soil compaction can result in increased greenhouse gas emissions, through the mechanism described above and also through the increased machinery requirement when ploughing compacted soil, which requires greater fuel input leading to higher CO2 emissions.

Approaches for avoidance or mitigation

If left, soil will recover from compaction through natural processes, such as soil organism activity (e.g. earthworm burrowing) or seasonal wet–dry or freeze-thaw cycles. These can break apart soil, however this approach to recovery is slow and can take up to 18 years, depending on severity of compaction and the soil type. Avoidance is therefore a better strategy than remediation. Several strategies have been devised for tailoring machinery usage to minimise the impact of soil compaction, ranging from altering the shape or pressure of tyres, to limiting the amount of land affected.

Wheeled vehicles generally disturb soil and create deeper ruts than tracked vehicles due to their lower contact area. Tracked vehicles may reduce rut depth by up to 40% compared to extra wide or soft tyre options, in spite of increasing the mass of the vehicle or trailer by 10–12%. The impact of wheeled vehicles can be reduced through the use of low ground pressure tyres, where tyre size is increased and pressures reduced to the range of 30 – 120 kPa.

Modifying machinery may reduce some of the impact, but overall, the intensity of machine traffic (number of passes) is the principal factor governing compaction rate. Strategies have been devised to limit the amount of land affected by machinery usage in a system referred to as Controlled Traffic Farming. This system utilises permanent traffic lanes, which are designed to be the only parts of the field that are exposed to machinery tyres. This dramatically reduces the effects of compaction in the rest of the field. Controlled Traffic Farming is achieved through effective planning for field systems and can be aided by the use of precision navigation tools and auto steering technology.

Soil compaction is a global challenge for modern agriculture, as this impact can reduce crop yield and increase the need for expensive inputs such as fertiliser and energy. By reducing this harmful influence, UK farms can enhance their potential for production and reduce environmental impact.

Allowing soil to become compacted is economically harmful to farm businesses, as a consequence of reduced crop yield and increased requirement for fertiliser input. In addition, where soil compaction becomes a significant problem, intervention or remediation may become unavoidable. Where this action becomes necessary, it would be expected that any intervention would also require additional investment to reduce the influence of this degrading effect.

Click here to read a PDF version of this article