As a £10 million initiative to eradicate bovine viral diarrhoea (BVD) from Wales’ national cattle herd gets underway, farmers are urged to take advantage of free testing and veterinary support now or face possible compulsory testing at their own expense in 2020.

BVD is a viral disease that causes immunosuppression and reproductive failure in cattle and is costing the Welsh farming industry £5 million a year through lost productivity.

Thanks to funding secured from the 2014-2020 Rural Development Programme for Wales, every beef or dairy farmer is now entitled to free tests to establish if the disease is present in their herd. Blood sampling, which is done in conjunction with a farm’s routine TB test, started on September 1st. 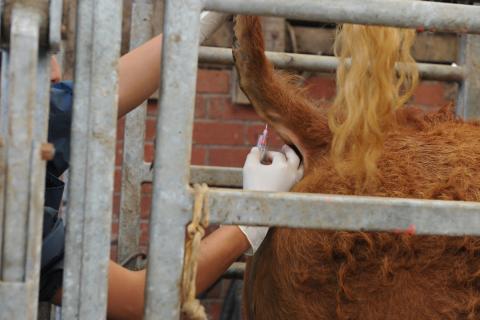 At an on-farm launch of the initiative, Peredur Hughes, chairman of the Wales Animal Health and Welfare Framework Group, said the three-year initiative presents a once in a lifetime opportunity.

“This is a voluntary programme and I would urge all farmers to take advantage of it because we anticipate that after three years the government will make BVD a notifiable disease and introduce legislation to make testing compulsory. In this situation, farmers would not be able to sell their animals without first testing and the test would not be free,’’ he said.

Mr Hughes emphasised that the aim of the free testing initiative was not to control BVD, but to eradicate it as several European countries had succeeded in achieving.

The programme - Gwaredu BVD - is being managed by Coleg Sir Gâr’s Agriculture Resource Centre in partnership with the Royal Veterinary College.

There are two delivery partners – Menter a Busnes in the north and Iechyd Da in the south; these are responsible for managing the vets who will undertake the testing work.

The screening involves taking blood samples from five animals aged between 9 and 18 months in every youngstock management group.

The programme’s Veterinary Technical lead, Dr Neil Paton, said samples are taken on the first day of the TB test (TT1) and farmers notified of the results on the day of the TB reading.

Farmers will be urged to act on the results. “For farmers whose herds don’t have the disease, there is the opportunity to talk about protecting against future infection and for those that do there is support to eradicate BVD from their herd,’’ said Dr Paton.

This support includes a £500 voucher per farm to identify Persistently Infected (PI) animals.

John Griffiths chaired the sub-group of the Wales Animal and Health and Welfare Framework Group that was tasked with getting the programme in place.

He urged all cattle farmers in Wales to get their herds tested. “We are very excited about what can be achieved through this scheme,’’ he said.

The launch event was jointly organised by Gwaredu BVD and Farming Connect. 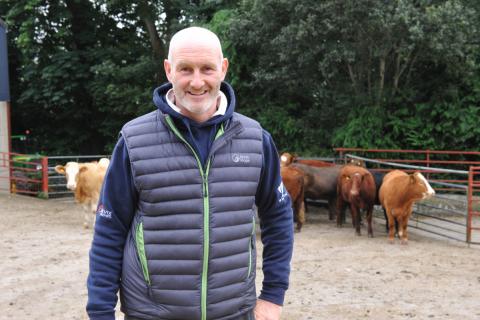 Powys livestock farmer Richard Tudor has been vaccinating his cattle against BVD since 2000, after testing confirmed the disease in his suckler herd.

Mr Tudor, who runs a herd of 140 suckler cows and 1200 breeding ewes at Llysun, Llanerfyl, also takes ear tissue samples from his youngstock to monitor for PI animals.

This proactive approach has been beneficial to herd fertility and performance, he said.

“In 2000 we were losing young animals for no apparent reason. My sister is a vet and urged me to get the herd tested and that is when we woke up to the fact that we had a problem with BVD,’’ he recalled.

“We took a proactive approach; it was far better to address the problem than bury our heads in the sand.’’

Mr Tudor, who sells cattle as stores and only buys pedigree bulls that are accredited free of BVD, said his buyers had benefitted too. “It is important that cattle survive and do well after sale. Tag and test is our insurance policy, it gives us peace of mind.’’