Ever since his father took part in a ‘bring a dad to school day’, Sam Jones has wanted to follow in his footsteps and become a gas engineer, helping to keep the public safe.

Sam, 32, who lives in Graig, Pontypridd, took a pay cut by giving up his previous “dead end” job to become a build and replace apprentice with Wales & West Utilities. His apprenticeship in Gas Network Construction Operations is being delivered by Utilise T.D.S. Limited for Cardiff and Vale College.

In addition to learning the skills of the trade, Sam has created ‘Sam the Sniffer Dog’, a retro-fit design cover for carbon monoxide home alarms to raise public awareness of the silent killer. He also wrote and presented a paper on the topic to the Institute of Gas Engineers and Management and has spoken at shows, to companies and in his local community.  As a result of his work, which has also included making a video of emergency gas repair work, Sam has received Ambassador and Rising Star Awards from Wales & West Utilities.

“I was never looking at my apprenticeship as short term, as I want to be within this industry for life,” he said. “Working in a fast paced, challenging and ever-evolving industry, I am now with a company that demands the very best standards.” 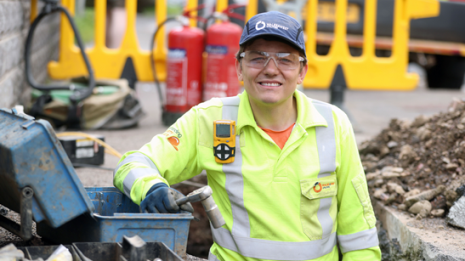 Foundation Apprentice of the Year