Carmarthenshire YFC Agriculture Forum is one of a number of YFC committees and forums in Carmarthenshire. Each year, the group enjoys undertaking a visit over 3 or 4 days in order to have the opportunity to travel away from home and to see the different things other areas have to offer. This year, the group decided to visit Northern Ireland to visit a number of local farms and companies.

The group decided to arrange this educational visit in order to expand the horizons of the group in terms of agriculture and the way that the industry is changing from day to day. All members come from different backgrounds, some are dairy farmers, others are sheep farmers and some are agricultural engineers. The group agreed on the different businesses and companies that were of interest to all members.

The visit would be an opportunity for the group to share and see ideas, socialise and be in a different environment. 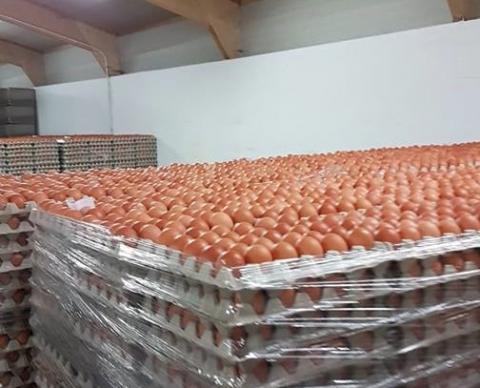 After arriving in Northern Ireland and having breakfast, the first visit was to Culmore Organic Farm, an organic beef farm with over 300 cows. This family had changed from being a traditional farm to organic farming back in 2006 following the owner’s study visit to France. We were given a tour of the farm to see the machinery and stock. We learned how the farm was made organic and we were given the opportunity to see the shed where they store their products before they are sold to local companies. The group learned how the farm feeds their animals and how to achieve the finished product.

The next visit on the timetable was to see Martin Blair’s poultry farm. This is one of the largest poultry farms in Northern Ireland with over 110,000 hens. We were given a tour of the farm and given the opportunity to see the process from hatching and growing through to laying. Many members of the group were surprised to see how the whole thing works. The members were also given the opportunity to see the egg packaging facility as well as the large unit where the hens are kept. Waste management systems were also viewed, as well as the equipment for transporting the eggs from the layer unit to the packaging shed.

This was followed by an evening of socialising for the members. 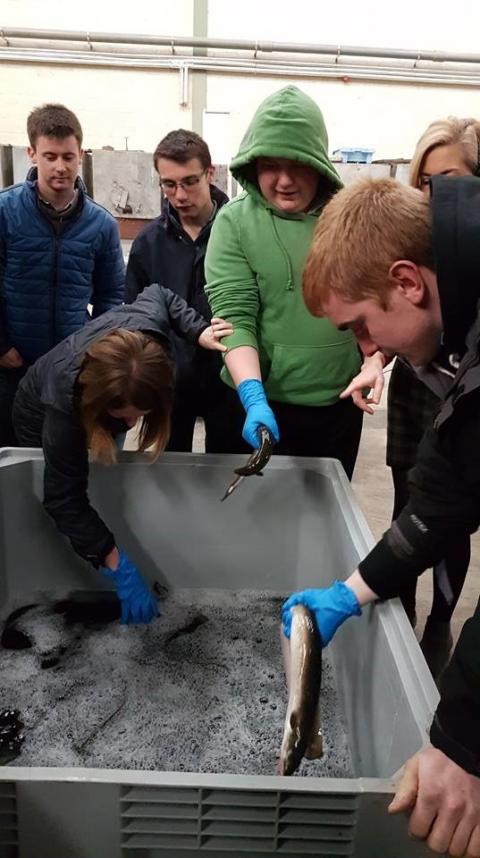 The day began with a visit to Lough Neagh Fishermans. Lough Neagh is the largest lake in Northern Ireland and the group were given the opportunity to see one or two vessels return to the lake with a number of eels, which are caught on a daily basis. Although there are not many eels available during the winter, the fishermen had gone out at the right time as they had caught quite a few on that day. We were then given a tour of the factory and the group heard the history of the site as well as the history of eels in the lake. We also discussed the methods used. At the end of the visit, we were given the opportunity to taste the fish. This was a valuable visit as this type of business is unfamiliar to a number of members.

We then moved on to Derry Duff farm, a beef and dairy farm that also runs a plant enterprise. They sell beef products to local butchers. The group were given a tour of the farm and the different buildings. There was also a woodland on the farm where they grew different fruits including apples. This was a very interesting visit as the methods used were similar to those used by other members of the group. The planting side of the business was also very different.

The third day began with a visit to Omagh to Telestack Ltd, a company that builds and sells Bulk Material Handling Products all around Ireland, Northern Ireland and many other countries. The group was given a tour of the factory to see current operations as well as other things they were working on at the time. We heard about the company’s history and how they supplied different machinery for different industries, such as the coal industry, quarries, ports and power stations. The opportunity to see how the different machinery was used in different industries was fantastic.

The next visit was to Fivemile Town Creamery. This visit was split in two – a visit to the dairy farm and then to the cheesemaking factory located around a mile from the farm. We were given a tour of the Farm to see the stock and machinery. We heard the history of the farm and the cheese company and how they had developed the idea of producing cheese. The cheese business began in 1988 and things had changed substantially since then. The visit to the factory was very interesting and the group was able to see the variety of cheeses, butter and milk produced there. We saw the milk come in and how it was processed to produce the cheese and butter. The group was also given the opportunity to taste the different produce.

The fourth day was a chance to relax before setting off for home. Half the day was spent in Belfast before going on to visit Long Meadow Cider. We were given a tour of the farm to see where the apples are stored between September and June before being used. We were then shown around the factory where the apples are processed to produce cider. We were then given a tour of the stores where the cider is stored before being sold.

A meeting was held a week after this visit. A number of members said that they had thoroughly enjoyed the visit and that they had learned a lot. They were also surprised by how some of the companies were run. Many were keen to go on another visit in the near future.

Many of the members will be returning to their businesses to use the techniques and ideas seen during the visit. After seeing what theses farmers had done, perhaps many will look into these ideas further in order to develop themselves and their businesses. As many are working on the family farm with their parents, the next step will be to introduce them to these ideas. 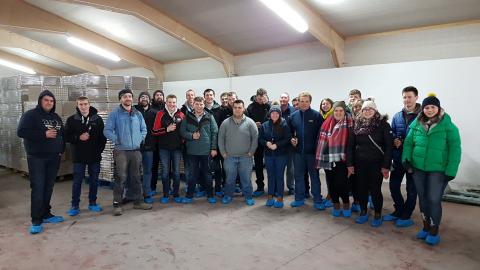